The following are previews of two books received for review at Culture, Medicine, and Psychiatry. These previews provide a snapshot of recent publications in medical anthropology, cultural studies, and the history of medicine. For a full list of books received in December 2014, click here: http://link.springer.com/article/10.1007/s11013-014-9395-6 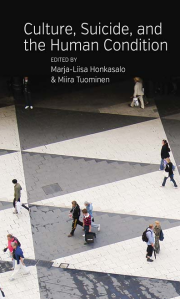 Culture, Suicide, and the Human Condition

This collection of research on suicide argues that suicide is not “a separate realm of pathological behavior,” but instead a human action contextualized by a suicidal person’s cultural, historical, and ethnic roots. However, “the context never completely determines the decision,” allowing the authors to focus on suicide as both cultural and psychological phenomena. The authors emphasize individual action and choice regarding the decision to commit suicide. Similarly, the collection presents a complicated puzzle: suicidal narratives make sense of self-killing to a community, and depict suicide as a “solution to common human problems.”

Culture, Suicide, and the Human Condition was released in March 2014 by Berghahn Books. More details on the book here: https://www.berghahnbooks.com/extras/docs/flyer/HonkasaloCulture_9781782382348.html 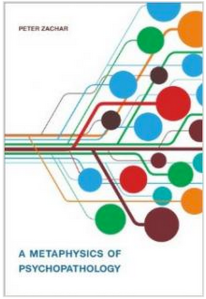 A Metaphysics of Psychopathology

Zachar’s book asks what constitutes the “real” in psychopathology. He states that in psychiatry, pathologies are assumed to be “real,” while in psychology, the “realness” of a pathology is debated in terms of its roots in personality, superego, or in “general intelligence.” Neither discipline, however, aims to pin down what “real” entails for mental illness and conditions. Some pathologies move from being cast off as imaginary to being embraced as legitimate, such as PTSD, and others, like multiple personality disorder, are classified as real only to be later considered imaginary. Zachar takes a philosophical approach to considering what “real” means in terms of psychiatric and psychological classification, proposing a new classificatory system that the summary asserts “avoids both relativism and essentialism.” He then uses this model to interpret recent “controversies” in the inclusion of certain mental disorders within existing classificatory systems.

A Metaphysics of Psychopathology was released in March 2014 by MIT Press: http://mitpress.mit.edu/books/metaphysics-psychopathology