This week, we are featuring an Article Highlight written by Monica Windholtz, an Integrated Graduate Studies student in the Anthropology and Bioethics departments at Case Western Reserve University. Monica highlights Janelle S. Taylor’s article from the latest edition of Culture, Medicine, and Psychiatry (Vol. 41, Iss. 2), entitled Engaging with Dementia: Moral Experiments in Art and Friendship. The article examines activities and social circumstances used to involve people with dementia in the world. Taylor depicts the steps involved in creating ‘moral experiments’ that plant patients with dementia in life. Through interviews with caregivers of people with dementia, Taylor explores the role of art and community in engaging those with dementia. 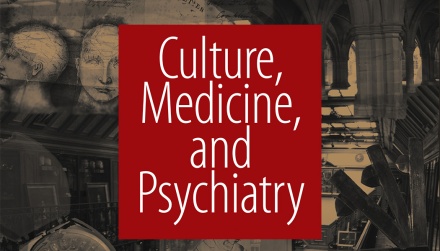 In this article, Taylor analyzes the experiences of individuals with dementia as relayed through the narratives of their caregivers. The article begins with the concept of media portrayals of dementia. Dementia is typically not represented well in the media, with stories devoid of “either subtlety or compassion” (285). In 2014, Julianne Moore received critical acclaim and an Academy Award for her role as the titular character in the film Still Alice, based on a book. The book and movie both chronicle the decline of Alice Howland, a brilliant scientist, as she suffers from early-onset Alzheimer’s Disease. While her husband and two oldest children are unable to confront the changes in Alice and focus only on treatment, her daughter Lydia attempts to understand her mother and engage with Alice’s new world. The article highlights Lydia’s artistic interactions with her mother to introduce the concept of the positive impacts of art and relationships to those with dementia.

Taylor labels these programs as “moral experiments,” following the work of Cheryl Mattingly where experiments are created by people trying to do the right thing (289). By attempting to enrich the lives of those with dementia, artistic programs are exploring new ways to bring meaning to their daily experiences.

Through an analysis of her interviews, Taylor recounts the experiences of those who have served as caregivers for family members or friends with dementia. In one case, a woman named Janet offered to help engage her friend’s husband, who was suffering with dementia. Their interactions formed a strong friendship between Janet and the husband, enabling him to still feel a sense of community, even as a patient with dementia.

Taylor found that caregivers and friends of those with dementia often see themselves as modeling or teaching proper behaviors to the rest of society, which may exhibit apprehension or discomfort when engaging with dementia patients. Since these anxious attitudes are common, caregivers may have interventions with their social groups or instruct others in how to interact with the individual with dementia. According to Taylor, people should attempt to interact with dementia patients, as they still understand the social environment, even if the context is not clear. Thus it is important for communities and social groups to still recognize the person with dementia in social settings.

Another striking example of people coming together was with the caregivers of Jacqueline, an immigrant woman in Seattle. Jacqueline had relied on the care and help of her mother in the home for many years, but soon after her mother’s death Jacqueline developed dementia. Those that knew Jacqueline were drawn into greater involvement in her life because of her dementia, and helped with the tasks her mother had otherwise taken care of. The group even created a calendar to organize their efforts to aid her.

The Still Alice novel uses the motif of a butterfly to reflect the theme of transformation while still being the same being. As discussed by Taylor, one caregiver of a dementia patient referred to the group that sought to improve the patient’s life as their ‘cocoon.’ The article reflects on the prominent transformations that patients with dementia undergo, and how cocoons and butterflies can both serve as symbols for the moral communities that protect and engage the patients.

In conclusion, Taylor reflects how Still Alice shows that it is not only science and medicine that can improve the lives of those with dementia. Engaging dementia patients through art and the community can help to improve their lives. Finally, there is further room for anthropologists and other researchers to understand and document these other forms of support and improvement.