This week we explore Lesley Sharp’s The Moral Lives of Laboratory Monkeys: Television and the Ethics of Care. Sharp asks, “Why do lab monkeys watch TV?” This paper examines the prevalence of televisions in primate housing units based in academic research laboratories. Within such labs, television and related visual media are marked as part of welfare and species-specific enrichment practices intended for research monkeys. In many research centers, television figures prominently in the two inseparable domains of a lab monkey’s life: as a research tool employed during experiments, and in housing units where captive monkeys are said to enjoy watching TV during “down time.”

Sharp engages visual media as a means to uncover and decipher the moral logic of an ethics of care directed specifically at highly sentient creatures who serve as human proxies in a range of experimental contexts. Sharp suggests this specialized ethics of animal care materializes Cheryl Mattingly’s notion of “moral laboratories” (Moral Laboratories: Family Peril and the Struggle for a Good Life, University of California Press, Berkeley, 2014, available here), where television mediates the complicated boundary of species difference among the simian and human subjects who share laboratory worlds. 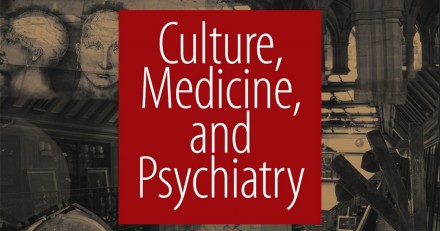 Sharp starts by discussing that scientific interest in primate theory of mind in a range of disciplines, especially within the fields of primate behavior, cognitive psychology, and experimental neuroscience. In the United States, chimpanzees are widely accepted as exemplifying “sentience” in non-human species. Television figures prominently within a larger arc of primate welfare in facilitating interspecies encounters within modern laboratory science.

In this paper, Sharp is most concerned with the moral sentiments of human workers who interact with lab-based primates, specifically research macaques. Because of their affective power, animals offer a powerful means by which to access “everyday” or “ordinary” ethics. Monkeys inspire specialized responses among lab personnel, including researchers, lab-based technicians, and animal technicians or “caretakers,” who together consistently underscore these creatures’ evolutionary proximity to us, alongside their being highly “sentient” beings. These understandings have a significant bearing on how personnel introduce, interpret, and modify notions of welfare and care in the laboratory.

As early as the 1930s, animal behaviorists and psychologists showed silent clips from films and cartoons to a variety of primate species to measure their perceptions of and “responsiveness” to “moving pictures.” Yet the choices appear to have been based on various assumptions: that a non-human species might find moving pictures interesting; that at least some primate species were capable of reading these images for what they were; and that visual media might evoke strong emotional responses in a viewer. Conducting various experiments with both still and moving color images that were in or out of focus, researchers showed to a dozen restrained juvenile and adult rhesus macaques 16mm films, such as a caged, female and male pair of rhesus macaques eating, climbing, and threatening a photographer, and a clip from a Woody Woodpecker “Indian Whoopee” cartoon episode.

By the 1950s, these experiments were decisively entrenched in a scientific logic that presumed film might evoke emotional responses in primates, and that they might also offer clues for deciphering human psychology. As such, apes and monkeys could stand in as proxies for human subjects, where visual technologies employed as compelling research tools could effectively reconcile species difference. Over the course of less than a century, television’s value as a research tool in laboratory settings became related to ideas about how best to distract or amuse lab-based primates in nonexperimental contexts, referred to as “down time.”

Sharp states that during laboratory experiments, visual technologies are used as interactive devices where, for example, a monkey works alone at a monitor and solves a sequence of problems where responses are digitally recorded by a researcher and transformed into data. In contrast, within a housing room, visual technology is marked by comparatively passive engagement, where a monitor is mounted nearby to allow monkeys to see and watch TV. Sharp explains that television is a literal manifestation of the moral laboratory when lab personnel must work to establish best practices, set against the unavoidable paradox that they are working with lab-based macaques who are viewed as “neither pets nor wild animals.”

In Moral Laboratories, Cheryl Mattingly argues for the addition of a “first person virtue ethics” in her analyses of the everyday struggles of disempowered people in contexts of unending suffering. As Mattingly explains, even seemingly dull decisions regarding the “care of the intimate other” may bring about ethical dilemmas and an associated complex reasoning. Mattingly uses the concept of “moral laboratory” metaphorically for defining an “imaginative space” of ethical experimentation, impacting possibilities for transforming the self.

Sharp proposes a slight variation, involving the literal understanding of the “moral laboratory” as a way to describe primate research labs in academic neuroscience programs. The presence of lab animals is effective in uncovering the logics of scientific morality. The widespread use of primates in neuroscience comes largely from the deep-seated understanding that they are humans’ closest evolutionary “cousins” and, therefore ideal proxies for humans.

Television’s presence figures importantly in a “first person ethics” among lab personnel, standing out as a specialized welfare practice that demonstrates what Mattingly describes as the “care of the intimate other,” in this instance, across the species divide. With these statements in mind, Sharp probes this moral logic of care, where television demonstrates efforts to provide “a good [laboratory] life” to captive, highly sentient creatures. Television is generally understood as a suitable enrichment strategy for highly sentient creatures who can easily suffer from boredom and succumb to pathological, repetitive behaviors known as stereotypy, withdrawal, forms of self harm, or failure to thrive.

As intelligent creatures, macaques are understood as being “interested” in TV, and staff may spend significant consideration and imagination in trying to determine what makes for effective “monkey TV.” Yet the influence of visual technology in aiding animals to “flourish and thrive” may extend beyond the restrictions of a housing room and include experimental contexts, where television-as-research tool may similarly be described as a form of healthy “engagement” for animals, despite such engagement is also regarded as “work.” As one lab director explained, “lab work [itself is] a form of enrichment” because his macaques so clearly “enjoy” computers, regardless of context.

For Sharp, attention may truly signal interest or curiosity, but it may not necessarily specify pleasure or enjoyment. Furthermore, labs where staff regards television as “enrichment” have monitors engaged with a nonspecific monkey in mind, with the same video loop playing repeatedly throughout the day, week, month, or year. In response, Sharp does not ask what television viewing tells us about monkeys’ preferences, but instead questions what pervasive beliefs and assumptions about television say about lab-based humans’ understandings of subjectivity. Or, what might the supposed primate desire for television say about the morality of interspecies encounters in lab areas?

In conclusion, Sharp states that through an under-theorized theory of mind, television provides a powerful medium for fostering human-monkey relatedness. Television draws monkeys in close with humans while simultaneously ratifying the morality of lab animal “care” and “welfare.” Essentially, television brings them closer to us. Just as television transforms the macaque as “intimate other” into a humanized creature, animal caretakers through a specialized “first person ethics,” are transformed into moral beings as well.