This week on the blog we are highlighting a paper by Lesley Jo Weaver and Sarah Trainer entitled Shame, Blame, and Status Incongruity: Health and Stigma in Rural Brazil and the Urban United Arab Emirates. The authors build on sociologist Erving Goffman’s classic notion of stigma as a social phenomenon to investigate the stigma attached to two seemingly disparate conditions: food insecurity in rural Brazil, and obesity in the urban United Arab Emirates. The authors’ analyses emphasize that both circumstances are stigmatized because they represent a deviation from a deeply-held social norm. Additionally, in both cases, the stigma related with food insecurity and obesity is likely at least as damaging to personal wellbeing as are the biological effects of these conditions. To close, Weaver and Trainer suggest that these forms of stigma transcend individuals and are principally structural in their origins. Viewing stigma as a common element of the human condition refocuses the analytic lens toward structural-level factors that need to be addressed in order to improve human wellbeing.

Weaver and Trainer begin by discussing the theoretical grounding of stigma. Frequently defined as an indicator of disgrace signifying physical, moral, or social flaw, stigma is a powerful determinant of physical and mental health. Whether externally imposed by others or internalized and self-directed, stigma may come from or produce feelings of shame and embarrassment. Sociologist Erving Goffman described stigma as a “single social process uniting a dizzying range of conditions and behaviors… Stigma is stigma because it is ‘fundamentally discrediting’—that is, it is perceived to index something inherently negative about a person.”

Precisely because stigma draws on core beliefs held by mainstream society and has consequences for both physical and mental health, stigma should be a public health concern. Having a unitary conception of stigma can be operationalized as status incongruity—that is, the potentially measurable difference between culturally held attitudes of what people should be or achieve in a given realm, and what they are actually able to be or achieve.

Food insecurity is defined as a lack of secure access to safe and culturally appropriate foods at all times. Food security is often stigmatized since it may be a public symbol of poverty, or force one to have to obtain food in socially unacceptable ways. Even when not visible, food insecurity often generates self-directed stigma, often with damaging psychological impacts and experiences of status incongruity.

While clinically obese bodies are an epidemiological norm worldwide, they are rarely socially normalized in modern Western cultures. Further, evidence suggests that obesity stigma has increased along with increasing global obesity. Obesity cannot easily be hidden, and therefore stigma acts through both internal shame and external blame, which distinguishes it in profound ways from food insecurity. Stereotypically, obesity stigma stems from a combination of Western beauty ideals of aesthetic thinness and increased risk of ill health, along with moral beliefs that obesity signals lack of control. Further, obesity now can serve as a visible marker of poverty in many cultural settings, signaling status incongruity.

The authors discuss two different case studies—Brazil and the UAE—precisely because the severity of the differences between the settings exemplifies the powerful underlying similarities in the ways stigma influences health and well-being through feelings of shame, blame, status incongruity, and social isolation.

Weaver’s research in rural Northern Brazil focused largely around food insecurity and mental health. Ethnographic research conducted in urban Brazil establishes that bodies are read as high or low status, and weight and body shape are a key part of that. There is also an agreed-upon set of factors that signal the “good life.” These signals include things such as the ownership of a television and computer, participation in leisure activities, and the attainment of a desirable body shape. Some food items signal luxury and abundance while others carry stigma because they indicate humbleness, if not outright poverty. 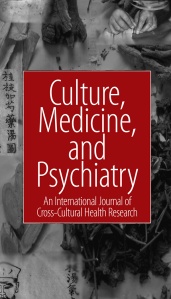 Household food insecurity scores collected from pilot study phases were associated rather strongly with symptoms of depression among heads of household. The depression associated with food insecurity in this setting may be a result of the understandable stresses of having limited resources, but potentially also a result of the shame related to having to eat low-status foods or engage in non-normative food behaviors, such not being able to invite neighbors to eat or reciprocate sharing food.

In the United Arab Emirates, the authors’ discussion of stigma focuses on interwoven behavioral and aesthetic norms, and stigma related to perceptions of deviations from these norms. Food and eating patterns, as well as bodies and body norms, have seen particularly profound changes over the course of only twenty or thirty years of intense socioeconomic, structural, and cultural shifts. Despite the conspicuous consumption and wealth on display in the UAE, poverty and food insecurity are also present within the local population and foreign workers, but again the social pressure to hide such deprivation was intense.

Much more publicly considered in the UAE is the growing apprehension over obesity and associated chronic diseases. While “fatness” was once a desirable physical characteristic, especially in women who were expected to “fill out their skins” in order to display familial wealth, today young people reliably express physical female beauty ideals that aspire to an hour-glass shape, while stigmatizing bodies categorized as too fat or too skinny.

At issue here are “bodies that don’t conform.” The implications of lack of cultural consonance with body norms in this context are serious. In the UAE, the recipients of stigma are very thin or obese bodies, and in Brazil, the recipients are people experiencing food insecurity. The moral discourse around these issues, the ways in which this stigma is enacted, and the importance of specific types of stigma over others varies in important ways between research sites, however. The relative importance of internal versus external stigma in each case is likely related to the fact that one condition (food insecurity) can be hidden, while the other (obesity) cannot.

For the authors, a second common element linking these two cases of stigma is the fact that each signifies a departure from a social norm, accompanied by intense social isolation. Third, both food insecurity and obesity have well documented consequences for physical health, as well as important but poorly understood consequences for mental and social health. Weaver and Trainer states that these common features suggest stigma around food insecurity and obesity can be conceptualized as two “outlets” for the same social phenomenon: “health stigma.”

The authors conclude by asserting a useful implication of considering stigma as a single social phenomenon is that it refocuses away from the individual and toward structural causes of stigma. While the everyday issue of stigma is enacted on the individual level, stigma is only stigma because people concur at a larger population level that a position is stigma-worthy. Focusing on the commonalities between stigma experiences functions as an important reminder that stigma is not just personal but also collective. Policy implications of stigma-as-structure have largely been overlooked.