In our In the News post this week, we are discussing the lasting psychological impacts people face after surviving a large natural disaster event, such as the string of recent hurricanes battering the United States and the Caribbean. Building from a recent New York Times article by Benedict Carey entitled Life After the Storm: Children Who Survived Katrina Offer Lessons, available here, this post discusses how lasting damage from natural disasters can be much more than physical and economic.

September 2017. Benedict begins his article by sharing the story of Craig Jones, now 22 years old, who was in fifth grade when Hurricane Katrina in 2005 devastated his neighborhood of Pigeon Town in New Orleans. After spending years on the move, living between hotel rooms, Jones returned to New Orleans in his late teens. He remembers that “home” was not the same place he had left, and his “homesickness” became troubling anxiety and seemingly random panic attacks. 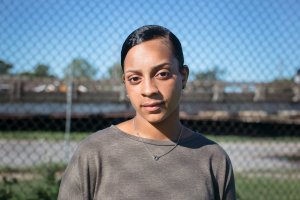 Lacey Lawrence, 22, at work in New Orleans. She escaped the floods of Hurricane Katrina on an air mattress. Now she teaches children coping skills. Credit: Annie Flanagan for The New York Times

Another survivor, Lacey Lawrence, now 22, escaped the water of Hurricane Katrina on an air mattress. Lawrence recalls the experience of seeing police officers pushing away floating bodies with oars, missing and uncle who presumably drowned, and wondering where a young cousin disappeared to for several hours. Later, at a new school, Lawrence was ill-equipped to deal with her experience. “I was getting into fights; real fights, violent ones. That was something I never did before, ever. But you lose everything and you don’t know how to deal with it – no one prepares you for that” (Benedict 2017).

Studying the psychological impacts from previous hurricanes may offer hints of what may be to come for those who have survived Hurricane Harvey, Irma, and most recently, Maria. Mental health providers and social scientists are acutely aware of the unpredictable traumatic consequences which can emanate from surviving natural disasters. Yet the impacts of surviving a hurricane may be unique.

Benedict (2017) writes, “Unlike an earthquake or a fire, flooding from a storm like Katrina or Harvey leaves many houses and buildings still physically standing but uninhabitable, simultaneously familiar and strange, like a loved one sinking into dementia.”

In a series of publications from the Stress & Development Laboratory at the University of Washington, the research teams concluded that the prevalence of “serious emotional disturbance” (SED) in young adults after exposure to Hurricane Katrina remained significantly elevated several years after their experience of the storm (McLaughlin et al. 2010). The prevalence of SED among young adults who experienced Hurricane Katrina was considerably greater than the pre-hurricane prevalence. According to a 2010 study, approximately 8% of youths were estimated to have SED that is directly attributable to their experience of the hurricane. Further, the majority of adults who developed posttraumatic stress disorder (PTSD) after Katrina, including delayed onset PTSD, did not recover within 18-27 months (McLaughlin et al. 2011).

Prior to Hurricane Katrina, the majority of the literature focuses on the prevalence of and risk for the development of mental health problems following a storm or hurricane. For example, a study of the presence of PTSD symptoms after Hurricane Mitch in 1998 in a low-income area of Nicaragua found that the occurrence of PTSD in the areas with the least damage was 4.5%, while the most damaged areas was 9% (Davis, Tarcza, and Munson 2009). Variables such as low social support, prior exposure to traumas, and poor health status were found to be universally predictive of psychopathology symptoms (Davis, Tarcza, and Munson 2009).

A 2005 study by Fried, Domino, and Shadle looked at the use of mental health services after Hurricane Floyd in 1999 and found that visits to psychologists, licensed clinical social workers, and physicians for mental health reasons were higher in affected areas after the hurricane. However, inpatient admissions and the money spent on anti-anxiety medications decreased, indicating that there were likely problems with service delivery for those that did seek help (Davis, Tarcza, and Munson 2009). 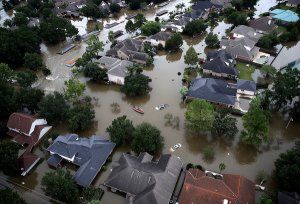 In the aftermath of Hurricane Harvey, Texas officials were “scrambling to coordinate mental health support” and the state’s psychology board issued temporary practice licenses for out-of-state therapists (Benedict 2017).

In a recent CNN article, Jesse Cougle, an associate professor of psychology at Florida State University, said that the people who stared and witnessed the destruction of Hurricane Irma will likely experience worse mental health problems than those who evacuated (Scutti 2017).

Chief of emergency mental health and traumatic stress services branch at the Substance Abuse and Mental Health Services Administration, Capt. Maryann Robinson, stated that “when you go home and now you are actually faced with what has happened — the devastation that has occurred in your home — it really does re-traumatize the individual” (Scutti 2017).

Katrina’s young survivors, now older and reflecting on their experiences, say that “overcoming the mental strain of displacement is like escaping the rising water itself – a matter of finding something to hold onto, one safe place or reliable person, each time you move” (Benedict 2017).