With each new issue of Culture, Medicine & Psychiatry, we feature a series of blog posts that highlight the latest publications in our journal. This September’s issue includes articles that address psychiatric conditions and the experiences of people with mental illness across numerous cultures. Readers may access the full issue at Springer here: http://link.springer.com/journal/11013/39/3/page/1. In today’s issue highlight, we will examine a study on indigenous nosologies of mental illness amongst the Maya of Belize. 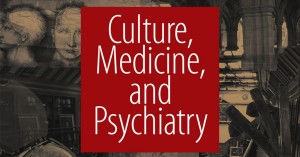 To understand the compatibility of divergent medical traditions, it is first essential to describe how medical systems classify and interpret disorders in particular ways. With this aim in mind, the authors of this ethnographic study sought to develop an picture of indigenous mental illness nosology amongst the Q’eqchi’ Maya of southern Belize. They also asked how this knowledge may alternatively coexist, or compete, with biomedical concepts of suffering.

In order to learn about this indigenous medical epistemology, the authors worked with the Maya Healers’ Association, a professional, self-regulated group of twelve healers who maintain a garden of medicinal plants for research and who strive to reinvigorate traditional medical practice in Belize. Across ninety-four interviews with healers, the authors uncovered four illness categories that the participants used to describe the roots of mental illnesses: “thinking too much,” fright, the day of birth, and spirit “attacks.”

These descriptions are sometimes cross-compatible with DSM-V nosologies, as the researchers discovered that “thinking too much” was also listed as a symptom in biomedical models of mental illness. However, unlike the DSM-V, Maya healers tended to characterize overthinking as a “genre” of illness experience rather than as a discrete symptom. Maya healers also characterize mental illnesses as existing within the heart, the mind, and the spirit: thereby expanding the implications of mental illness beyond brain physiology, the proximate explanation employed by biomedical psychiatry.

The authors conclude that it is essential to understand the similarities in the two nosologies to facilitate collaboration between indigenous and biomedical healers, but add that both groups must also be aware of the differences in classificatory schemes that they use to interpret mental illness. In this way, people with mental disorders in Belize may best receive care that accounts for all of the ways they might seek care and understand their illness across the boundaries of medical systems.

This week, we are featuring a special guest blog post by M. Ariel Cascio, PhD. Here, she discusses neuropsychiatry in the Italian context and within the United States.

In the 21st century, anthropologists and allied scholars talk frequently of the biologization, cerebralization or neurologization of psychiatry. Many make reference to the 1990s, the “Decade of the Brain” that closed out the last century. They talk about “brain diseases” as a dominant discourse in discussions of mental illness. The 2014 Annual Meeting of the American Anthropological Association hosted a panel on “reflections on mind and body in the era of the ‘cerebral subject.’” In these and other ways, scholars write and talk about increasing dominance of brain discourses in discussion of psychological and psychiatric topics. This dominance has historical roots, for example in German (Kraepelinian) psychiatry, and authors in Culture, Medicine & Psychiatry and elsewhere have written about the historical context and local manifestations of this dominance of the neurological in the psy- sciences.

In this blog post I explore a situation in which neurology and psychiatry have long co-existed: the Italian field of neuropsychiatry. While the field “neuropsychiatry” is not unknown in the United States, and similar terms are used in other countries as well, I offer some comments specifically on the Italian context. The example of Italian neuropsychiatry provides one case of a particular historical relationship between neurology, psychiatry, and psychology that would be of interest to any historical or anthropological scholars of psychiatry.

While Italian psychiatry has its roots in early 19th century organicist and biological approaches, in the 1960s a younger generation of psychiatrists, most prominently Franco Basaglia, aligned themselves with phenomenology and existential psychiatry. These psychiatrists crystallized their ideas into the ideology of Psichiatra Democratica (Democratic Psychiatry) and the initiative of “Basaglia’s Law,” the 1978 Law 180 which began Italy’s process of deinstitutionalization, generally considered to be very successful (Donnelly 1992). While childhood neuropsychiatry is indeed the counterpart to adult psychiatry, more than just the age group served differentiates these fields. If Italian psychiatry has its roots in Basaglia and the ideology of democratic psychiatry, neuropsychiatry has its roots at the turn of the 20th century, in the works of psychiatrist Sante de Sanctis, psychopedagogue Giuseppe F. Montesano, and pedagogue Maria Montessori.

In this way, neuropsychiatry’s origins bridged psychiatry and pedagogy (Bracci 2003; Migone 2014). Giovanni Bollea has been called the father of neuropsychiatry for his role in establishing the professional after World War II (Fiorani 2011; Migone 2014). Fiorani (2011) traces the use of the term neuropsychiatry (as opposed to simply child psychiatry, for example) to Bollea’s desire to honor the distinctly Italian tradition and legacy following Sante de Sanctis.

Child and adolescent psychiatry in Italy is therefore characterized by a reduced use of medications (if compared to the United States), and by a diffuse use of dynamic psychotherapy, both individual and family therapy (from the mid-1970s systemic therapy spread). The attention to the family and the social environment is extremely important for understand the clinical case during the developmental years. [My translation]

Moreover, neuropsychiatry is known for being multidisciplinary and working in equipe, teams of psychiatrists, psychologists, social workers and so on. It incorporates psychoanalysis, psychotherapy, dynamic psychology, psychological testing, social interventions, and more (Fiorani 2011).

This extremely brief overview outlines key characteristics of Italian neuropsychiatry and the ways it is distinguished from Italian psychiatry, as well as from U.S. psychiatry. Italian neuropsychiatry provides one example of a long-standing relationship between neurology, psychiatry, psychology, philosophy, and pedagogy. By drawing attention to this medical specialty and the complexities of the different fields it addresses, I hope to have piqued the interest of historical and anthropological scholars. I include English and Italian language sources for further reading below.

Feinstein, Adam. 2010. A History of Autism: Conversations with the Pioneers. Malden, MA: Wiley-Blackwell.

Nardocci, Franco. 2009. The Birth of Child and Adolescent Neuropsychiatry: From Rehabilitation and Social Inclusion of the Mentally Handicapped, to the Care of Mental Health during Development. Ann Ist Super Sanità 45: 33–38.

M. Ariel Cascio is an anthropologist specializing in the cultural study of science and biomedicine, psychological anthropology, and the anthropology of youth. She recently successfully defended her dissertation on autism in Italy at Case Western Reserve University. She can be reached at ariel.cascio@case.edu. Her blog, written in Italian and English, can be viewed here: https://arielcascio.wordpress.com/.

In our “Current Issue Highlight” series, we provide brief synopses of some of the original articles and commentaries published in our latest issue of Culture, Medicine, and Psychiatry. We hope these glimpses into our recent publications serve as a taste of the research we publish, as well as offer fresh insights on the intersections of culture, disease, health, and healing.

“This article,” the abstract begins, “investigates the ambivalence of front-line mental health clinicians toward their power to impose treatment against people’s will.” Ambivalence is itself a psychological construct that describes the tensions between love and hate, or multiple perspectives, within both individual subjects as well as the collective social group: here, psychiatric health workers. Central to this article is the friction generated between the clinicians’ self-concept as caregivers and their professional drive to control patients. Such ambivalence about clinical work in psychiatry is evident in the ethnographic research presented here.

Brodwin’s piece reminds us that anthropology is perfectly situated to draw meaning from these problematic and conflicted perspectives within a social group. Rather than reconciling the participants’ feelings and drawing one universal message from them, Brodwin presents us with an authentic picture of the complicated world of clinical psychiatric practice. He concludes, “To understand the paradox, fieldwork should focus especially on the moments when people’s sense of unease erupts into collective life.”

“A Village Possessed by ‘Witches’: A Mixed-Methods Case–Control Study of Possession and Common Mental Disorders in Rural Nepal”

In this article, the authors probe an important question: if we consider spirit possession and psychopathology as separate categories, rather than assume possession as a form of mental illness, how might we describe mental illness within a population who has experienced spirit possession? For societies in which spirit encounters are frequent and socially normative, reading mental illness as distinct from possession is particularly critical when exploring local psychic events.

Nepal provided fertile intellectual grounds for exploring this question because spiritual possession occurs regularly. When the researchers delivered educational sessions on psychosomatic and psychosocial illnesses, suggesting that spirit possession might be a type of mental distress, villagers in the study resisted this notion. They argued that possession was rooted in cosmological and supernatural disturbances, making them altogether different psychological phenomena.

Instead of casting possession as a brand of psychiatric illness, the authors suggest that we might view possession as a coping mechanism against other mental duress. In another way, we could conceive of possession as a cultural idiom of distress: reframing illness in terms of a socially acceptable category of experience that is widely shared.

“Confinement and Psychiatric Care: A Comparison Between High-Security Units for Prisoners and for Difficult Patients in France”

Focusing on French mental health care, this article explores the evolving use of confinement as part of the treatment of mentally ill individuals who exhibit violent behavior. The authors parallel the nature of confinement in French psychiatric wards to the security practices of high-security prison units.

In their research, Velpry and Eyraud discovered that the public appeal to heightened security in psychiatric institutions, as well as executive action from the president, led to a “turn” towards new confinement measures. Second, psychiatrists used this new narrative of control to justify control techniques that they argued gave patients “psychic structure.” Rather than standing as its own therapeutic measure, physicians employed confinement as a means of managing “difficult” patients.

As an object of inquiry, this recent trend in French psychiatry recalls the complementary trajectories of care and justice, power and control, as well as reflects on the changing landscape of what we define as therapy.

“Psychiatry with Teeth: Notes on Coercion and Control in France and the United States”

This commentary piece on the articles published in the current issue highlights the “rough edge” of the use of constraint and coercion to subdue “difficult” psychiatric patients. Lovell and Rhodes note that many of the articles demonstrate how these forms of discipline and control are enacted at the local scale, and remind us that the exchange between psychiatric patient and the care institution is the site of the strongest conflict when we look at systems of control. What is the border between “care and custody,” the issue asks? How do we as anthropologists contribute to the knowledge about these complex social interactions?

Furthermore, the authors observe that the geographic emphasis on psychiatric care in France and the United States is hardly accidental. Although care practices for the mentally ill differ widely between the two countries, the focus on constraint and control is similarly present in the scholarly literature produced on psychiatry in each place. Likewise, in French and American research, there is a mutual tendency to study mental health care in terms of autonomy, freedom, humanism, and democracy.

Want to see a preview and abstracts of all the articles in the current issue? Find details on the full issue here: http://link.springer.com/journal/11013/38/4/page/1